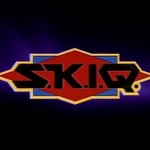 The SWAT Kats: A Special Report

Written and produced by Nancy Podbielniak

Tom Katman: This is Tom Katman… coming up next, Kats Eye News Special Report. We’re going to get up close and personal with… the SWAT Kats. [‘SWAT Kats Special Report’ logo appears]

Tom Katman: Yes, the SWAT Kats. Everyone in Megakat City knows who they are; we’ve seen them often enough right here on Kat’s Eye News. They’re saving our tails whenever there’s big trouble in Megakat City. But who are these two, and how do they do the things they do? Tonight, we’re going to take a Kats Eye look at the incredible SWAT Kats, with unbelievable action footage, one-on-one interviews with Mayor Manx, Deputy Mayor Callie Briggs, Commander Feral, and never-before-seen pictures from the SWAT Kats’ secret high-tech defense arsenal. And you’ll have a chance to test your S. K. I. Q. with the SWAT Kats Inside Quiz. [‘S.K.I.Q.’ logo appears as Tom Katman says letters] All this and more on our Special Report, co-anchored from the field by our own Ann Gora.

Ann Gora: Yes, Tom, I’ve been lucky enough to cover the SWAT Kats’ incredible career… lucky in more ways than one. These are two Kats you’ll really want in your corner whenever there’s trouble. And Megakat City has more than its share… mutants… repulsive reptiles… bizarre bacteria… renegade robots… crazy clowns. You name it; the SWAT Kats have fought it! Even a zombie clockmaker with an army of dinosaurs couldn’t whip the SWAT Kats. Even the Pastmaster’s fire breathing dragons were no match for these two! If I were a princess in trouble, I’d know who to call.

Callie Briggs (on TV): The SWAT Kats have saved this city again.

Chance: You can say that again!

Ann Gora: But Commander Feral of the Enforcers is never very happy with the SWAT Kats’ efforts. Any comment?

Cmdr Feral: Sure, I’ve got a comment. Those hot shots stopped him, but at what cost?

Cmdr Feral (on Chance & Jake’s TV): With all due respect, Deputy Mayor, your SWAT Kats are a menace!

Ann Gora: But hey, when you’re trying to save an entire city, you sometimes have to break a few rules… among other things. Because when all else fails, the SWAT Kats kick tail.

Tom Katman: They sure do, Ann. But they don’t do it alone. The SWAT Kats have high technology on their side. [‘Secrets of the SWAT Kats’ logo appears] And here to report on the hardware is our own science reporter, Tiger Stripe.

Tiger Stripe: Hey, thanks, Tom. You know, when you really start to examine SWAT Kats weapons, you see how incredible they are. First of all, of course, is the Turbokat. Top speed, mach 8. Range, a thousand miles. An incredible flying machine! T-Bone flies the Turbokat like a hot knife slicing through butter. And ditto for Razor, dispatching his awesome gadgets. With this kind of teamwork, the Turbokat is virtually unstoppable.

Razor (in footage): Bingo! Banshee Missiles, do your thing!

Tiger Stripe: Razor controls a full load of specialized missiles, including the Spider Missile. It releases grappling nets, to capture bad kats and rescue the good ones! The Octopus Missile releases powerful metal arms that position and open over their target with pinpoint accuracy.

Razor (in footage): Crud! I’m gonna have to fix that thing.

Tiger Stripe: The Buzz Saw missile can open even a giant can of worms. And the Mole Missile makes mountains into molehills. And Turbo Blades can really disarm an enemy.

The Cyclotron is an air-to-land motorcycle. The SWAT Kats use it for ground pursuit. Top speed, 200 miles per hour. And the Cyclotron’s loaded with missiles of its own.

When the SWAT Kats need a quick exit from the Turbokat, their Ejektor Seats do the job. And this seat can fly by the seat of its own pants, so to speak. The Ejektor Seat is equipped with missiles and lasers for continued defensive action.

Back to you, Tom! [‘Kats Eye News’ logo appears]

Tom Katman: Thanks, tiger. That was informative and exciting. I hope all you kats in the audience were taking notes, because when we come back, you’ll get your chance to test your S.K.I.Q. [‘S.K.I.Q.’ logo appears] with the SWAT Kats Inside Quiz. [‘SWAT Kats Special Report’ logo appears] And we’ll have never-before-seen footage of the SWAT Kats’ newest crime-fighting creations, coming up next.

Tom Katman: Just when you think you’ve seen it all, the SWAT Kats amaze us again!

Ann Gora: Yes, Tom, there seems to be no end to their ingenuity. T-Bone and Razor sent the already awesome Turbokat back to the drawing board… and they equipped it with…

Razor (in footage): …the Speed of Heat!

Ann Gora: Looks like the SWAT Kats were worried about running out of sky, so now they’re ready to kick criminal tail right into space!

Tom Katman: And here’s a Kats Eye News exclusive, Ann. A tourist with a home video camera shot these pictures of the SWAT Kats in battle for the first time with their amazing Thunder Truck.

But if you think the SWAT Kats need mega vehicles to stop crime, think again. These kats do it claw to claw, with the Glovatrix. That gadget just keeps getting better. Case in point: mini Tar-pedoes. Never before seen, and these aliens never want to see them again!

But the newest Enforcer, Commander Feral’s niece Felina, doesn’t mind sharing the sky with the SWAT Kats… especially when she’s left to her own devices.

And the SWAT Kats are always popular with City Hall. Mayor Manx gets to play golf while these high-flying heroes save his city. Except for the time when the Mayor had to save the city himself by taking out a ghost pilot. He did it, of course, with a little assist from the SWAT Kats and their Cyclotron. It helped the Mayor get re-elected!

The SWAT Kats are also very popular with this Kats Eye News reporter. They’ve saved my tail more than once… most recently in the Megakat Space Center, where I narrowly escaped being a space bug’s breakfast. Thanks, SWAT Kats. That was fun!

Tom Katman: And now it’s time for our audience to have some fun [S.K.I.Q. logo appears] with the SWAT Kats Inside Quiz.

The Glovatrix is good for a lot of tricks. You’d want to use it when… [text for options appears as Tom Katman says them aloud] you’re gonna be the bacon in a BLT… or… you want frozen blobs for breakfast. Bingo on both!

Tom Katman: The goo in this SWAT Kats gadget is… [text for options appears as Tom Katman says them aloud] hairball eliminator… cement… dog drool… I still don’t know. Solid cement. They turned this saber tooth into a slab of sidewalk.

T-Bone (in footage): Thanks, Razor.

Tom Katman: And now it’s time to [‘Name That Villain’ logo appears] name that villain. How many of these really bad kats can you identify?

Chance (watching TV): So, race ya for it, Jake. [pictures of individual villains appear as Chance & Jake call out their answers] Ah! Doctor Viper.

Chance: Uh, A.K.A. the Metallikats.

Tom Katman: How’d you do? When we come back, you’ll get a chance to fly inside the cockpit of the Turbokat for a SWAT Kats eye view. [‘Kats Eye News’ logo appears] So fasten your seatbelts and get ready to rock and roll! [‘SWAT Kats Special Report’ logo appears]

Tom Katman: Next time you’re sitting in bumper-to-bumper traffic on the Megakat expressway, just think of what the SWAT Kats do for a living.

Razor (in footage): Yahoo! Get ready, Viper. The SWAT Kats are gonna put the big chill on your big plans.

Ann Gora: But just like the rest of us, Tom, sometimes they have a bad day.

T-Bone (in footage): It just kicked our tail!

Tom Katman: Ho-ho, that looks pretty bad, Ann, but the SWAT Kats always manage to get themselves out of hot water.

Ann Gora: They sure do, Tom, and as you can hear behind us, Megakat City never has a quiet day. I’m talking to Deputy Mayor Callie Briggs about some of the close encounters the SWAT Kats have pulled her out of.

Tom Katman: Now what would you do in some of these tight spots? Here’s your chance to second-guess the SWAT Kats. OK, pretend you’re a SWAT Kat, and you’re flying against The Red Lynx, the legendary Ghost Pilot. Your best move now is to…

Tom Katman: Even a SWAT Kat can’t move a mountain, so…

Ann Gora: You take the tunnel.

Tom Katman: OK! You’re in the pilot seat. How do you get the last laugh on a giant jokester?

Ann Gora: How about a laser-sharp retort? That should cut him down to size!

Tom Katman: Now, you’re rockin’ and rollin’ against flying futuristic robots with awesome lasers. The smartest move for a SWAT Kat faced with superior technology is to…

Ann Gora: Evade and avoid; let those tin cans slam into a wall.

Ann Gora (on Chance & Jake’s TV): Well, now you’ve seen it all, from both sides of the cockpit.

Tom Katman: We’ve flown with the SWAT Kats on some of their most radical missions, launched their latest missiles, felt the thrill of victory, and the narrow escape from defeat. But our special report would not be complete without asking the big question Megakat City still wants to know…

Cmdr Feral: I’d still like to see you two without your masks.

Tom Katman: Who are they, these SWAT Kats?

Ann Gora: Tom! This just in, Commander Feral’s been called in to the site of an explosion in the center of Megakat City. We just night have an answer to the question of the SWAT Kats’ identity.

Chance & Jake (watching TV and spitting out their milk): Pbbth!

Cmdr Feral: This is a neural neutralizer.

Molly Mange’s head: We’ll get even with those SWAT Kats once and for all. Yeah, we even found out who they are!

Ann Gora: Looks like the Metallikats are trying to make a deal: the SWAT Kats’ real identity for their freedom.

Molly Mange’s head: Yeah, that’s the deal! ‘Cause we ain’t gonna be reprogrammed by Hackle, and we ain’t goin’ back to the slammer!

Tom Katman (voice over): Well, we may not know the SWAT Kats’ real identities, but we know who they really are: they’re the two heroes who keep risking their nine lives to keep Megakat City safe for citizens like you and me. This is Tom Katman.

Ann Gora (voice over): And Ann Gora, Kats Eye News. Goodnight. And whoever you are SWAT Kats… thanks!

Razor: Well, pal, guess Callie will never know who we are.

T-Bone: Yeah, but she knows who to call.