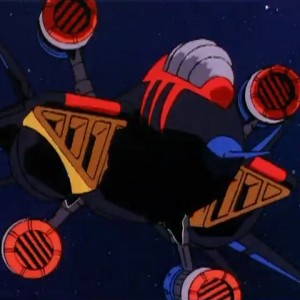 If you thought the Turbokat was fast before, wait’ll this baby is operational. - Razor

A modification added to the rebuilt Turbokat that allows it to achieve faster speeds and higher altitudes. This was also referred to as Sub-Orbital Mode, as the extra thrusters give the Turbokat mobility and maneuverability in limited atmosphere and limited gravity environments. No explanation was ever given as to what “speed of heat” referred to.

While an odd name, if you look at how SCRAM/Hypersonic engines work – using atmospheric heat with pressure to ignite fuel – the name idea is more plausible to see. After that its rule of cool, maybe Razor found a way to retain the heat afterward in some fancy “lantern-igniter-plug” :)

The turbokat flies at insane speeds when in the speed of heat mode and heat itself moves at the speed of light (infrared rays). It makes sense.