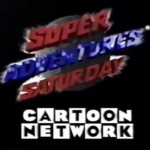 To celebrate the success of the Swat Kats Revolution Kickstarter campaign, I decided to remaster an old ’90s Swat Kats promo from Cartoon Network.

This promo originally aired on Cartoon Network India/Asia between 1997-1999 and promotes the show in the Power Zone action block.

It was tricky to remaster, because the source file had bad quality (as you can see in the comparison) and the promo contains several graphical elements. I tried to clean as much as I could (from the intro/outro door animation, gunsight and logos to the footage itself) while trying to stay as true to the original as possible. I would say it is a 90% accurate re-creation. I also slightly cleaned the audio as well. I originally planned to remaster the audio, and created the bgm, but due to the lack of missing sfx and vo I decided not to. Shout out to swatkats.info and swatkats.us for helping me identify the episodes.

I worked on it on and off for several weeks 🙂

The visuals look great! You obviously put a lot of work into this and it shows :)

It's really too bad the audio doesn't nearly match the quality of the video though, maybe try a free program like Audacity next time? Lots of room to easily improve it with that software.