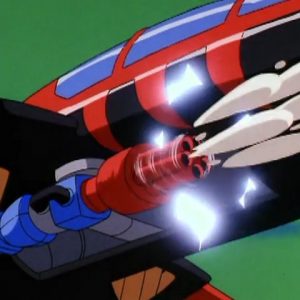 Just makin’ sure the cement machine gun was operational. - Razor

Less-than-lethal weapon developed by Razor that shoots rapid blasts of quick drying cement that incapacitates the target. It extends from a hidden compartment from underneath the right side of the Turbokat, near the cockpit. In the episode Katastrophe, the cement machine gun is shown with a swivel turret that is linked to a heads-up-display targeting system in Razor’s goggles. This weapon was referred to as the Cement Launcher in Secret Files of the SWAT Kats on the Special Report episode. This weapon also came in a Glovatrix version, referred to as the Mini Cement Launcher.