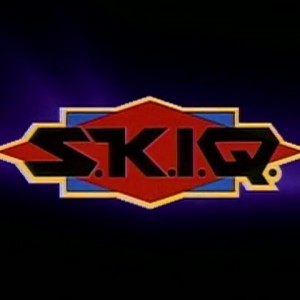 The SWAT Kats: A Special Report

I’ve been lucky enough to cover the SWAT Kats' incredible career… lucky in more ways than one. These are two Kats you’ll really want in your corner whenever there’s trouble. And Megakat City has more than its share… mutants… repulsive reptiles… bizarre bacteria… renegade robots… crazy clowns. You name it; the SWAT Kats have fought it! - Ann Gora

Hanna-Barbera hired an outside producer to make this clips compilation, which was meant to promote the beginning of SWAT Kats’ second season but didn’t air until months after it was completed.

Hanna-Barbera hired an outside producer to make this clips compilation, which was meant to promote the beginning of SWAT Kats’ second season but didn’t air until months after it was completed.

The format is a Kat’s Eye News “documentary” about the SWAT Kats, which is hosted by Ann Gora and consists entirely of re-edited excerpts from the series (taken from every first season episode, plus the first four from the second season). I’m not surprised H-B waited so long to run “A Special Report”: it’s boring, and it looks like it was made cheaply and quickly.

There are also some omissions and logical errors. Why is Hard Drive not mentioned even once? How can Kat’s Eye news have footage of the occasions when the Pastmaster has sent the SWAT Kats into the past or future? How can a scene from “When Strikes Mutilor” have closeups and shifting camera angles when (according to the narration) it was shot by “a tourist with a home video camera”? I wish I could be more lenient with my grade, because I’m sure that the people who made “A Special Report” did the best they could under difficult circumstances, but the dullness of the final product leaves me no choice. C