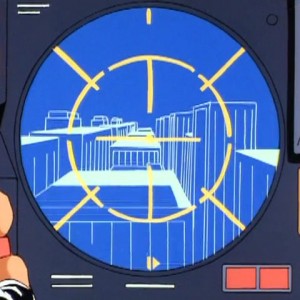 The lightning must have hit the Dimensional Radar and somehow thrown us into a quirky, alternate dimension! - Razor

Experimental targeting system developed by Razor that could allow the user to see wire-frame images through barriers of other physical obstacles. When the Turbokat was hit by a large electrical discharge while the Dimensional Radar was in use (such as a bolt of lightening or a Scrambler Missile), the mechanism behind this system somehow acted as a gateway between dimensions that threw the SWAT Kats into an alternate universe where their counterparts were unabashedly wanted criminals.