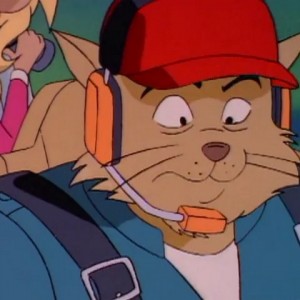 Al is the pilot of the Katseye News helicopter. He has nothing but contempt for Ann Gora’s reckless demands that he constantly fly them closer to dangerous situations they are covering. After the chopper was shot down by the heat laser of the Fear Ship during Dark Kat’s robbery of the Megakat Nuclear Plant, Al put his foot down and refused to fly closer to the Turbokat while it was being commandeered by Hard Drive, citing that it was too dangerous. He also flew the helicopter during Rex Shard’s rampage, during which the aircraft was once again shot down.