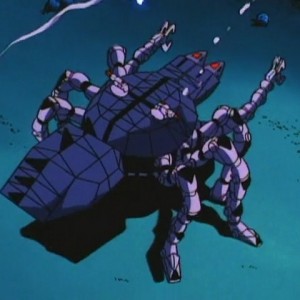 One of Dark Kat’s most brilliant inventions, the Black Widow “spider craft” destroyed a good portion of Megakat City before it was stopped by the SWAT Kats. Using a stolen Katalytic converter combined with the city’s power supply to fuel and enlarge this giant craft, Dark Kat sought out to pound Megakat City to rubble, bit by bit. The Black Widow was well built and nearly indestructible, requiring an unorthodox method of attack devised by Razor to take down.