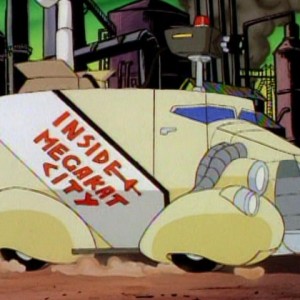 Broadcast news organization within Megakat City; presumably competitor to Kat’s Eye News. Their logo featured a satellite dish emerging from the “E” in “Inside.” Two of their reporters, a female with reddish hair and a male with white hair wearing purple-tinted glasses, arrived with Ann Gora and two other reporters from Kat’s Eye News to cover the SWAT Kats’ defeat of Morbulus. They later attended the dedication of the Manx Municipal Park and ran away when the bacteria monster attacked.