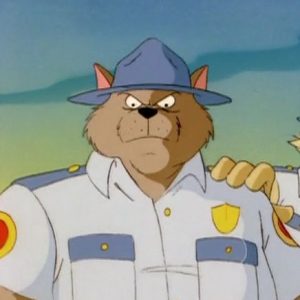 Talon was the heavyset, short-tempered guard at Megakat Maximum Security Prison who was charged with looking after Rex Shard while he tested the Gemkat 6000. When Shard gained the ability to turn whatever he touched to crystal, Talon was his second victim (Talon’s partner Lem being the first). Talon was returned to normal following Shard’s defeat by the SWAT Kats.