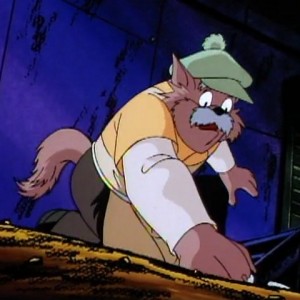 I was so proud when I heard you became an Enforcer. I always hoped you’d have a bright and shiny future

The eponymous newsstand operator and self-proclaimed “survivor” from Chance Furlong’s childhood who always had high hopes for Chance’s bright and shiny future due to his aspirations to be like the heroes of Kat Kommandos and become an Enforcer. When Perkins learned of Chance’s success he was elated, but later dismayed when Chance was kicked off the force. Perkins was always annoyed that Chance would try to get away with reading the comics for free instead of paying for them. In an alternate future, the SWAT Kats rescued Perkins from becoming a worker in one of the Metallikats camps, though due to their masks Perkins did not recognized T-Bone as Chance.

Although listed in the credits as “Pops,” he is referred to in dialogue as “Pop,” without the S.